Sense is for Truth; nonsense is only for fun. 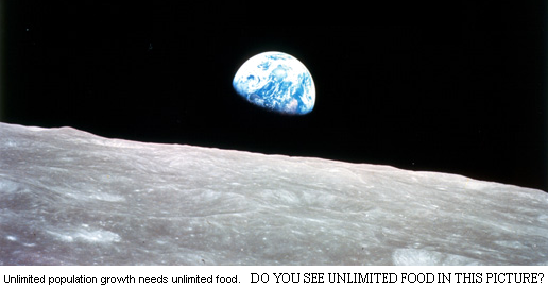 If two combatting animals by chance are much the same,
the battle almost always is about a mate to claim.
Just one will win but loser lives to fight on other days,
yet fights of diff’rent critters end in death by one that slays.

Such prejudice is nat-u-ral; each species likes its kind,
but now we need to open the objective human mind.
Try not to think you’re special when en-vi-ron-ment is fair,
since quaking Earth and hurricanes prove Nature does not care.

Although each species’ prejudice can help it multiply,
the world is small; there is a limit to the food supply.
A man named Thomas Malthus once observed too much success,
and ninety nine percent then died and left a horrid mess.

He tried to warn the human race that it could suffer, too;
we laughed and said that we’re so special we’ll ignore the clue
where Easter Island’s twenty thousand cut down their last tree,
and just two hundred lived through Malthus’ real Catastrophe.

With seven billion mouths today we scour our Island Earth;
of trees and drink and even fish there soon will be a dearth.
Yet some insist that babes unborn must join the world outside;
they call themselves “pro-lifers” but cause future genocide!